Patient is a 49-year-old male with history of prior episodes of SVT and HTN.  He stated that over the past 5 years he’s had approximately one episode every 6 months.  He stated that a cardiologist instructed him that he should have an ablation that he likely has an accessory pathway however the patient is afraid of procedures and did not want to proceed. Immediately prior to arrival patient did have 2 beers and jumped into some cold stream water.  He states immediately after that he felt like he was in SVT with racing heart and lightheadedness. He denied any chest pain, shortness of breath or chest tightness. Stated in now way different than prior SVT episodes. Also, prior to arrival tried carotid massage and stated he always needs medication to slow his heart.

Upon arrival the patient was placed on a monitor and found to be in SVT. RN staff was instructed to pull adenosine and hang NS. While waiting for this, the patient attempted a valsalva maneuver by blowing into a 10cc syringe. Nothing happened. The modified valsalva maneuver then resulted in conversion to NSR and shortly after the RN returned with adenosine, which was no longer needed.

No troponin was obtained 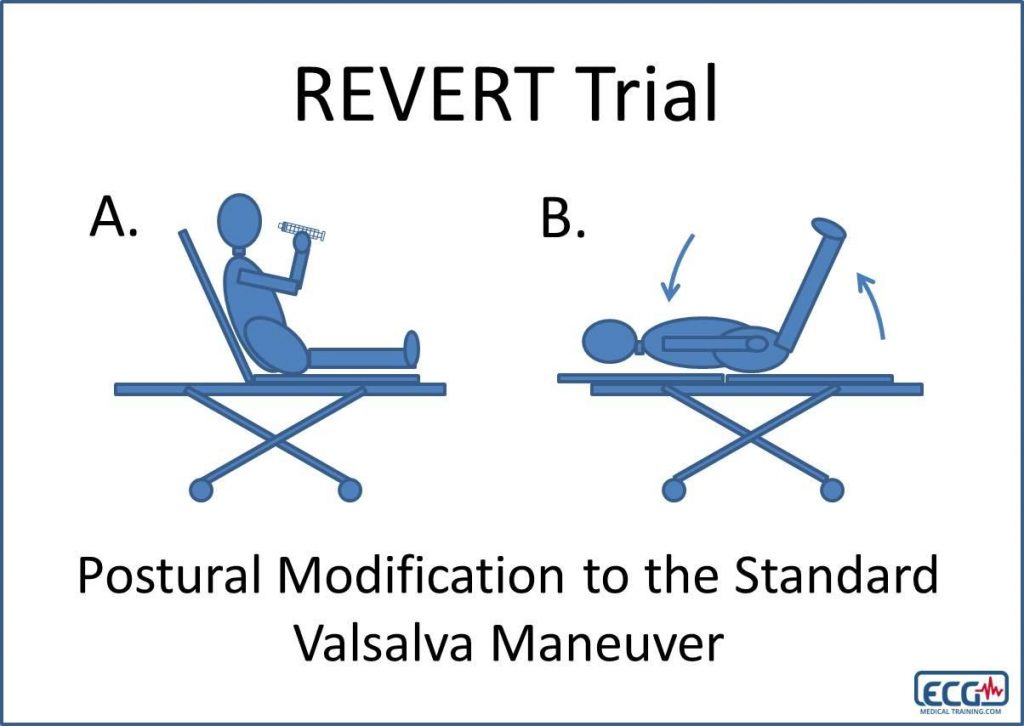 During the “strain phase” (A.) the patient is placed in high Fowlers, given a 10 ml syringe, and encouraged to blow continuously into the syringe, displacing the plunger, for approximately 15 seconds. During the “relaxation phase” (B.) the patient is laid supine and the legs are manually elevated.

Do elevated troponins during SVT predict the presence of CAD?