Lithium Overdose: The Tale of a Light Metal and its Skinny Therapeutic Index - The Emergency Medical Minute

Lithium Overdose: The tale of a light metal and its skinny therapeutic index 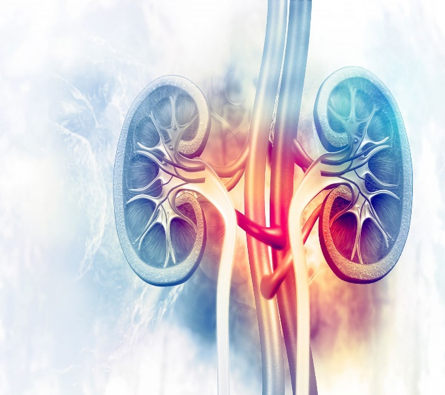 Patient is a 39-year-old male with a past medical history of schizoaffective disorder, alcohol abuse, and prior suicide attempt by drug overdose who presents today due to another suicide attempt. Patient states that his girlfriend recently passed away. He took thirty 600mg tabs of lithium (non-extended formula) and has not had any emesis. The bottle contained sixty tablets and thirteen tablets were remaining. The fill date was eight days ago and has directions for one tab BID. Patient’s main complaints on arrival are nausea and drowsiness. Patient also admits to drinking about 1 L of alcohol today and denies any other coingestions including over the counter meds or supplements.

Patient had episodes of emesis treated with Zofran and IVF.

Lithium lab 4.1. Discussed with Nephrology. Will dialyze if lithium level >5 regardless of clinical situation. But only dialyze >4 with other evidence of clinical toxicity (which patient does not have).

The serum level initially was 4.1, peaked at 4.9. Nephrology consulted recommend to perform hemodialysis if the serum level is >5 or >4 but with renal impairment. Poison control was also contacted and recommended trending the serum level along with a BMP every 3 hours, sooner if there is a neurological change. Patient was treated with aggressive IV fluid with normal saline, lithium level trending down slowly. He also started with CIWA protocol given alcohol abuse. Discharged to psychiatric hospital on day 4.

Lithium has stood the test of time. There are reports of lithium improving psychiatric symptoms dating back to the 1870’s, however lithium salts became a mainstay treatment for mood disorders after successful results started emerging in the 1950’s.(1) Currently, lithium salts are used in the treatment of acute mania, depression in bipolar disease, and as maintenance therapy to prevent exacerbations of bipolar disease. Despite its widespread use, lithium’s mechanism of action has not been fully elucidated. It’s believed it slows or limits the neurologic remodeling seen in bipolar disease.(2)

Unfortunately, lithium has a well-known side effect profile from chronic use (renal toxicity, diabetes insipidus, thyroid dysfunction) and is potentially lethal at high serum concentrations. Lithium has a narrow therapeutic index, and because lithium is renally metabolized, kidney injury will increase blood serum levels. Acute lithium toxicity is an emergency, but because the lithium toxidrome can involve multiple organ systems including the CNS leading to altered mental status, it’s not always an obvious diagnosis. Rapid recognition of lithium toxicity, while difficult, is essential.

There are 3 classifications of lithium toxicity, the first 2 are an acute overdose in either a lithium naive patient or a patient receiving long-term lithium therapy. The third kind is chronic toxicity from overmedication or decreased kidney clearance. Often the CNS is affected in lithium toxicity presenting with altered or depressed mentation which presents a challenge in the undifferentiated patient. A patient may be able to report lithium use or intentional overdose, but the diagnosis may not be obvious. Clinical suspicion should be high in patients with histories of mood disorders or those on lithium with recent changes in kidney function.

The lithium toxidrome includes GI symptoms like nausea, vomiting, and diarrhea, cardiac arrhythmias, and later on CNS depression, confusion, ataxia, and myoclonic jerks or fasciculations. Due to the associated vomiting and diarrhea, lower volume status may lead to poor kidney perfusion leading to less clearance of lithium.

Initial lab work should include a CBC, CMP to evaluate electrolytes and kidney function, and serum lithium levels as well as a pregnancy test for child-bearing female patients. The treatment serum level range is 0.8-1.2 mmol/L, but Lithium levels above 1.2 mmol/L can be toxic and a level above 2.0 mmol/L is potentially fatal. Often lithium levels will not correlate with the clinical presentation, so elevated serum levels can confirm a diagnosis, but because lithium has a slow uptake in the CNS, symptoms may present late. In the setting of suspected overdose, concomitant ingestion should be evaluated by obtaining a urine toxicology screen and acetaminophen and salicylate levels. An EKG should be performed as lithium is known to promote arrhythmias. There are reports of flattened T waves, prolonged QTc intervals, and bradycardia associated with lithium toxicity, but they are rare findings.

Initial management of lithium toxicity in the emergency department consists of assessment and stabilization of airway, breathing, and circulation. The next step to treatment is to restore the sodium and water balance by giving 2-3 liters of intravenous normal saline at twice the maintenance rate, unless contraindicated by the patient’s fluid status or cardiac function. Measuring urine output and urine specific gravity can be used to assess for lithium-induced nephrogenic diabetes insipidus. Hypernatremia can result in patients with nephrogenic diabetes insipidus, which can occur with chronic lithium therapy, who receive IV isotonic saline. Sodium levels should be monitored closely in these patients. In the setting of lithium overdose with an awake and asymptomatic patient who took more than 10-15 extended-release tablets presenting within 2-3 hours of ingestion, whole bowel irrigation with polyethylene glycol can provide benefit.

In patients with symptoms of lithium toxicity or with significant lithium levels, nephrology should be consulted as emergent hemodialysis may need to be performed. While the criteria for when to perform hemodialysis are controversial, hemodialysis can be indicated in:

Consultation with a toxicologist may benefit the course of care in patients where hemodialysis is not clearly indicated or clearly contraindicated. Avoid using NSAIDs, ACE inhibitors/ARBs, thiazides, and spironolactone as they can increase plasma lithium concentrations. Of note, kayexalate therapy is controversial, while it has been shown to lower lithium levels; the volume needed to be effective makes it impractical and can result in hypokalemia as well. Activated charcoal has no role in the treatment of lithium overdose as it does not bind metals.

The prognosis of lithium overdose correlates most to whether it is acute, acute on chronic, or chronic in nature. The plasma serum concentration does not necessarily correlate with toxicity or outcomes. It used to be believed that lithium toxicity carried significant risk for mortality, but recent studies across the globe have found those conclusions to be inflated. Recent studies in the US estimate a mortality of 0.8%. Although not often fatal, cases of lithium overdose can rarely result in persistent ataxia, dysarthria, dysphagia, impaired memory, impaired cognition, and renal dysfunction such as nephrogenic diabetes insipidus or tubulointerstitial nephropathy.

While acute overdoses in general seem to offer a worse prognosis, they generally confer a better prognosis in lithium overdoses. The better prognosis is related to lithium’s delay in accumulation in the brain and a more rapid rate of excretion by the kidneys. In one study, Waring et al, reported only 4.8% of patients with acute overdose had moderate to severe toxicity.

Chronic lithium overdose occurs when a patient’s intake of lithium exceeds the rate of excretion chronically and can be caused by a prescribing, dosing, or dispensing error. It is also seen when excretion capabilities are diminished in such settings such as vomiting, diarrhea, fever, excessive exercise, water restriction and other dehydrating factors. Reduced clearance and excretion of lithium will have a negative feedback loop resulting in increased serum lithium levels and thus less clearance of lithium by the kidneys. Chronic lithium overdose confers the worst prognosis of the three patterns of lithium overdose. This worse prognosis is due, in part, to the length of time at which the overdose occurs, usually weeks, allowing lithium to equilibrate into the CNS and accumulate in the neural tissue. A second amplifying factor to the worse prognosis is the effect chronic lithium use has on extending the half-life of lithium. This effect is a combination of the redistribution of intracellular lithium into the vascular compartment and decreased renal clearance in the setting of nephrogenic diabetes insipidus. The same study referenced above, by Waring et al, reported 24% of patients with chronic overdose had moderate to severe toxicity.